I was commissioned by Wayne Coyne of the Flaming Lips to build a custom-designed light-reactive sculptural instrument, which was actively used for a solo noise performance during their 2011 tour.  It was used on several occasions for the closing act of the song “Sleeping on the Roof”, being used during their live performance for the closing sequence of the last song from the album “The Soft Bulletin” and works as a great stage prop that has a lot of character to it. The tentacles, which were built upon request by Wayne, were built with a tone and volume control. Each tentacle produces its own sound, all of which are initially tuned to the same frequency, so the noise produced helps create the foundation for a ‘wall of sound’ with the 6 notes being played simultaneously.

Here are some examples of the kit version of this instrument being used. I was testing it out with a stationary light source, as well as my programmable light sequencer, which is a work in progress.

I went on to create custom PCBs that I used for teaching workshops where students learned about soldering and assembling their own circuits. 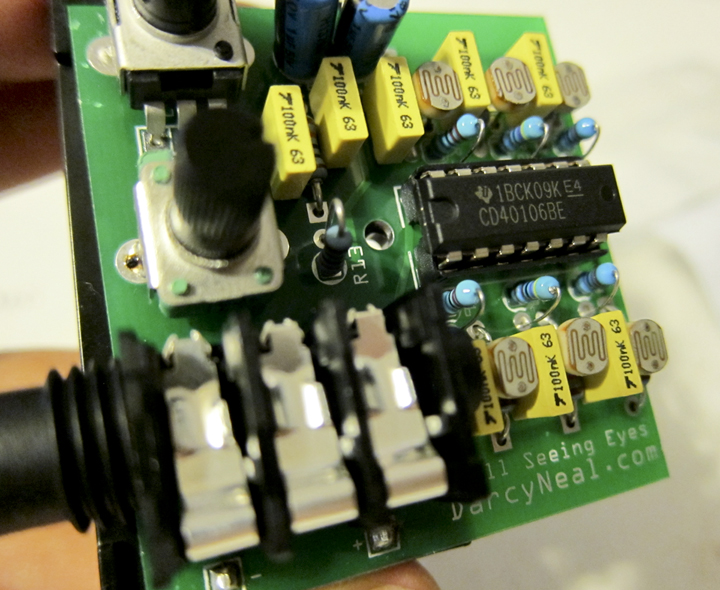 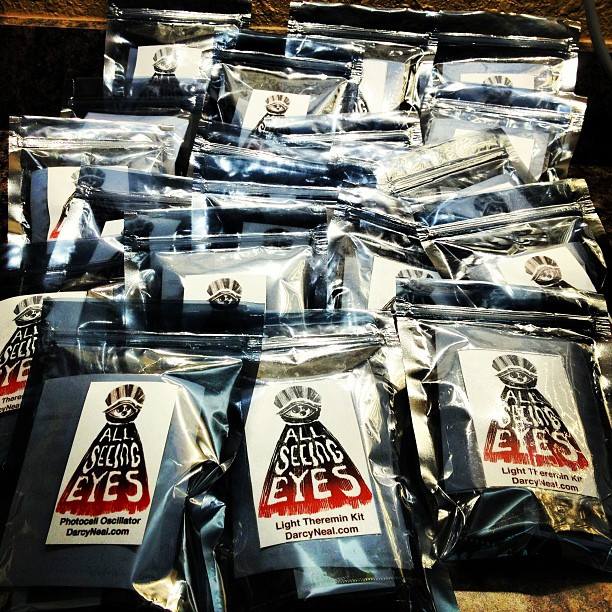 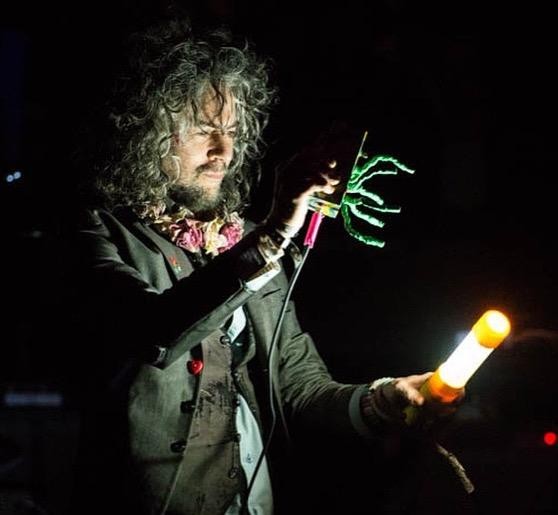